The career of Kevin Caton, CEO of Accurate STP, our official Indigenous Partner

Home / News / In the News / The career of Kevin Caton, CEO of Accurate STP, our official Indigenous Partner
arrow_back arrow_forward 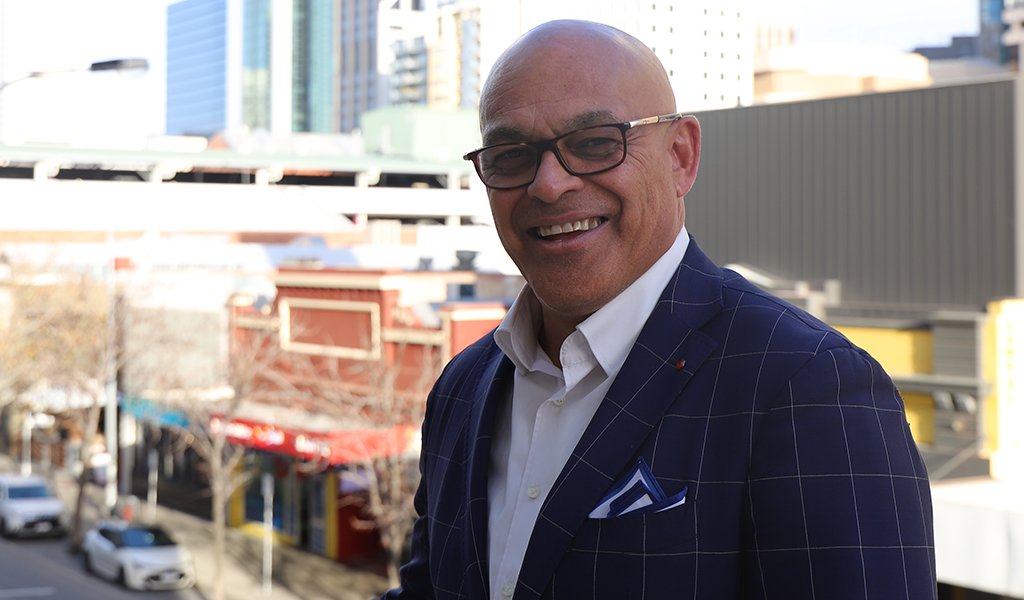 A Kalkadoon man originally from North Queensland, Kevin has over 30 years’ experience across Indigenous Australian Affairs. Consulting both nationally and intrastate, his expertise has reached a breadth of industries including mining, building and construction, state & federal government as well as Indigenous organisations and contractors. Over the years, he’s developed a bespoke leadership style – loyal, mindful and respectful paired with exceptional communication and a willingness to always challenge the status quo.

IT ALL STARTED ON THE FIELD

CEO of a National company wasn’t always on the cards for Kevin Caton but he’s definitely a natural and has found his calling.

After completing school in the Northern Territory, Kevin realised his passion for all things football and was quickly drafted to play for Swan Districts in 1984. By 1988, his skills had been noticed and he was recruited to the West Coast Eagles. After a short stint with the WA team, Kevin was quickly called on to represent two more AFL teams, Fitzroy and the Brisbane Bears.

As with all good things, the demanding schedule of the football field saw Kevin in search of new opportunities and in 1994, he made the tough call to hang up his footy boots. It was time to pursue his second passion in life, Indigenous Affairs.

From 1988 to 1995 Kevin took on a number of senior roles, increasing his confidence in this new world and rapidly adding to his growing portfolio of experience. Working with various Commonwealth Departments as an Indigenous Manager, Kevin took the lead in overseeing the development, implementation and review of specific Indigenous Australian policies and strategies. The cornerstone being the roll-out of the ATSI Economic Development Policy and Strategies on Indigenous self-determination. These policies were groundbreaking for Indigenous Australians and formed the foundation for Commonwealth agencies in their dealings with Indigenous communities and individuals. He was also responsible for developing and implementing the Department of Employment, Education, Training and Youth Affairs (DEETYA) and the Department of Social Services (DSS) National Cross-Cultural Awareness Training Program. A program targeted firstly at all senior management and then filtered down to include all rank and file staff across both government departments.

In 2004, the Department of Indigenous Affairs in WA headhunted Kevin for the role of Regional Director of the Pilbara. Always one for a challenge, he embraced the opportunity and quickly found himself faced with the mammoth task of facilitating significant cultural change across the department. This included key behavioural and mindset shifts from staff when dealing with the Indigenous community. He persisted and the results were recognised broadly. Whilst at the helm, he was also responsible for driving policy and strategy developed for NGO’s funded by the Department of Indigenous Affairs. The core of which was to assist communities to be more efficient and effective with their funding.

If that’s not enough, Kevin also held the following roles throughout his career. National Commercial Manager at Ansett Australia, National Indigenous Affairs Manager at HWE, Leightons, CopperCo and Abi Group Mining. Last but not least, he was Indigenous Affairs Advisor at Woodside and Silver Springs Networks.

In 2017, after many roles and many government departments, Kevin collaborated with our very own CEO, Scott Houston to establish Accurate STP. In 2020, Kevin and his team secured the WA’s state government’s largest security contract, the Perth Cultural Precinct.