Emergency Planning “Is Arson on the Threat Landscape for your Business?

Businesses throughout Australia take inordinate steps towards Preparing, Preventing, Responding to, and Recovering from the impact of natural and man-made hazards. 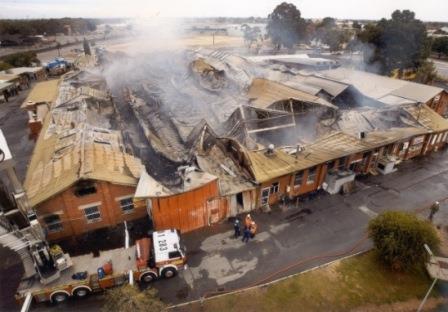 These steps are traditionally based on Education, Engineering and Enforcements solutions. Unfortunately even with sound prevention and preparedness strategies, if the “Holes in the Cheese” align and the hazard is able to develop uncontrolled, the impact could be catastrophic and your businesses viability is at risk.

Research shows that, 75 percent of businesses that suffer a serious fire go out of business within 3 years of reopening after the fire. This may be due to loss of market share, being under insured, loss of existing customers, loss of key staff, cost to rebuild buildings to today’s standards, cost of new equipment, higher insurance premiums.

The fires pose significant risk to businesses given the range of variables that contribute to an accidental fire.

Accidental fire causes and examples include:

The author of this article, Phill Cribb a fire and arson investigator is the view that 80 to 90% of all accidental fires could be prevented if an appropriate risk assessment was conducted. This assessment combined with treatment options using Education, Engineering and Enforcement solution could be vital stopping a fire from occurring. 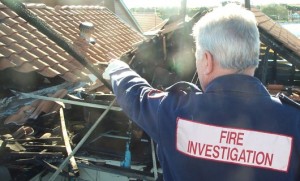 In a business sense, these solutions combined with a workforce that is fire conscious and prepared to initiate investigations if they were to “Smell, See or Hear Something” that may be related to combustion in an early stage.

Far too often fire investigators are told by witnesses after a fire that prior to the fire they; “could smell something burning”, “the circuit breaker kept tripping”, “the lights were going up and down”, “the radio had static on it”, “I could see a light haze in the room”, “I could smell plastic burning” or “could hear a noise in the roof space”.

In many instances these statements from witnesses have not been linked to the early signs and symptoms of combustion and intervention may have detected the fire in an early stage, rather than when it is developing rapidly.

Predominantly accidental fires develop slowly in the incipient stage of combustion and then grow and the heat is transferred and the process continues to flaming stage. 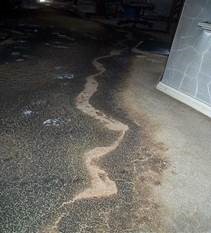 Experience has also shown that many businesses only focus on the accidental fires and rightfully so, however far too often Arson is overlooked.

There are four core elements to the definition of arson; the lighting of fire, intention or willfulness, malice and there must be some kind of property or object burned.

It is important for business owners to understand the motives of arsonists, as this may assist in emergency management planning and enable mitigation strategies.

Motives of an arsonist vary but in general terms are as follows;

Revenge: The fire is lit in retaliation for a real or perceived injustice and can have deadly consequences. Targets for this type of arson often include a person, institutional facility, previous employers business, societal or a group.

Crime Concealment: lit to conceal another crime or to destroy evidence, murder, murder suicide, stealing as a servant, fraud, burglary, DNA, fingerprints or an attempt to destroy documents or records for taxation purposes.

Profit: the profit motivated arsonist lights a fire for a monetary or material gain and may be lit to:

Arson is also often used by organised Crime Gangs to intimidate or to commit extortion.

Extremism: used for political, social, or religious reasons. The extremist arsonist takes time selecting the target and is very organised and often the use of incendiary devices are not uncommon. Extremism is often broken down into terrorism and riot civil disturbance (riots).

Business owners should consider Arson as a potential threat to their businesses. “Threat Landscape” and take simple steps to reduce the possibility of an arson attack.

Simple steps should be taken to harden your business as a possible arson target from an arson perspective. 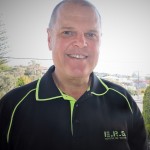 was the Manager of the Fire and Investigation and Analysis Unit for the Department of Fire and Emergency Services (DFES) from 1999 to 2010. During this time he was responsible for supporting DFES operational firefighters with establishing the origin and cause of fires. Mr Cribb conducted hundreds of fire scene examinations for both accidental and deliberate fires in either a built or natural environment.

He was a member of the Western Australian State Arson Taskforce,  Chair of the Arson Investigation network (Department of Parks and Wildlife and Police Arson Squad) and Chair of the Australasian Fire Authorities Council (AFAC) Fire Investigation Group.