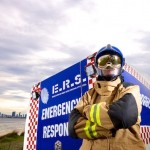 Executive Risk Solutions (ERS) has been nominated as a finalist for the 2015 Telstra WA Australian Business Awards!

The 24 nominees were announced today in the media for the Western Australia region. The finalists were chosen for making an significant contribution to their local communities in the WA  region.

Winning the 2015 Telstra Business Award would be another great achievement for the business, ERS employees and Scott Houston as a leader. The national recognition will give ERS the opportunity to share its story with the community and inspire other businesses out there who have the same desire to thrive and promote the same values.

ERS start up was courageous and our success is due to our constant innovation, hard work and flexibility and I hope our business model and values will encourage others to start up their own businesses. I believe that the story of a start up company growing to a 20mil pa company in a short period of time, overcoming difficulties and learning along the way can show that with hard work and commitment anything is possible. Mr Houston says.

This is the second award ERS has been nominated for this year. On the 19th of May, Scott Houston was announced as a nominee for the Ernst & Young Australian Entrepreneur Of The Year Award.

The winners of the 2015 Telstra WA Business awards will be announced at Crown Perth on Tuesday 7 July. WA winners will go to the national awards in Sydney on Thursday 20 August.