The State Championships were part of the Norseman Gold Fever Festival and the rock drilling is a sporting event which was born from underground mining techniques.

Competitors race each other to drill a hole through the centre of a 850 mm concrete cylinder and hit the plate at the back of the cylinder using competition equipment which weighs 50 odd kilos. 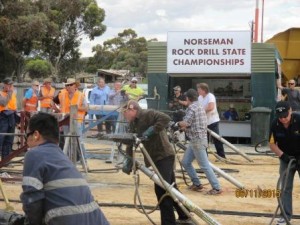 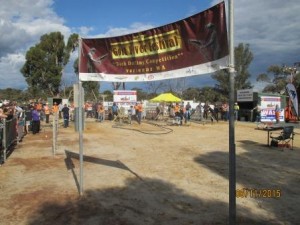