Share a drink at AOG to support Veteran Health 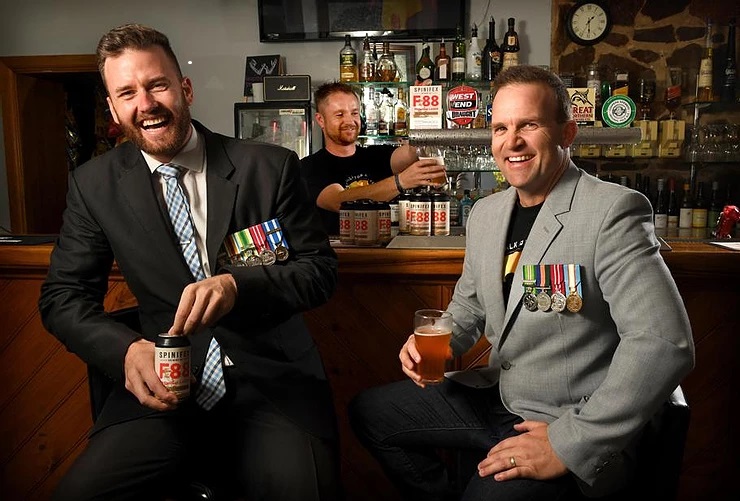 ERS is proud to partner with Spinifex Brewing Co at our stand (E25) at next week’s AOG Energy Expo at Perth Convention Centre. The ERS team will be pouring beers from 3pm – 5pm on Wednesday 10th of March. Come down and join us for a free beer, a chat, and view our new Autonomous Security Robots.

It is not often that drinking beer and saving a life go hand in hand. Spinifex Brewing Co is donating 50 percent of the profits from sales of its F88 Premium Lager to support military charities, In Western Australia that charity is Connectedby helping Veterans and First Responders with mindfulness techniques in a safe environment. SPINIFEX BREWING CO is both a part-Aboriginal and Veteran owned WA Brewing company producing beers flavoured by native botanicals unique to Australia.

SPINIFEX established the F88 range of beers; sourcing the name from the Australian Defence Force-issued rifle the F88 Austeyr in service since 1989. SPINIFEX F88 Campaign is a world-first initiative aimed at raising funds to support our returned servicemen and women. Soldiers, Sailors, and Aviators love a beer with their mates so what better way to support those that have served before you than by purchasing a smooth thirst crushing lager.

The F88 Campaign is dedicated to the memory of SIG Geoffrey GREGG (Afghanistan) who sadly took his life 23rd September 2006 because of his severe PTSD, SIG Gregg is the inspiration behind the campaign.