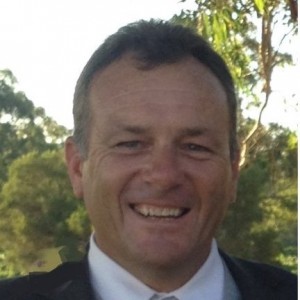 Born in the Eastern Goldfields town of Kalgoorlie and growing up in Boulder City, Mark had the perfect backyard for a person with a passion for adventure. At the time of defining his own personality as a young teenager, Boulder City had an interesting landscape of gold mining tailing dumps which surrounded the country town. The dumps provided Mark and his childhood friends the perfect playground from trekking to motorcycle riding in his later years in the town.
His sense for adventure continued and at the age of 17 he decided to leave his home and enlist in the Australian Army and underwent basic training near Wagga Wagga in New South Wales. Following basic training Mark underwent initial employment training with the Corps of Signals in Melbourne and was then subsequently posted to the Special Air Service Regiment (SASR) based in Swanbourne in WA.
At the age of 19 and not satisfied with providing a support role within SASR, Mark attempted and was successful in completing and passing the SASR selection course. This achievement determined his future endeavours what would be a career spanning 33 years with SASR with a short break taken in the late 1980s where Mark joined the WA Police Force, where he served with the Tactical Response Group.
Throughout his career in the military Mark fulfilled many training and operation functions which have taken him to various parts of the world. Along the way he managed to secure a posting where he studied Bahasa Indonesian full time for 12 months. He has been awarded numerous times and of note he was commended for his distinguish service in Afghanistan and he was awarded the Order of Australia for his leadership qualities.
Whilst serving in a part time role with SASR Mark formed an affiliation with close friend and CEO of Executive Risk Solutions (ERS) which saw them undertake various contracts both within Australia and overseas. Mark took up a full time position with ERS and has been the Operations Manager on the Roy Hill Iron Ore Project since ERS’ contract commencement in Aug 2012 and continues in the role based out of South Hedland. ERS is currently contracted to provide Emergency Response and Security services across the project.
Mark brings to the ERS team a wealth of Crisis and Emergency Response knowledge he has gained over many years. He has a passion for ERS a family run business and respects its ideals and treatment of its employees. Mark’s objective is to play a substantial part in ensuring that ERS becomes a company of choice as a service provider in, not only the mining industry, but whatever industry it targets involvement.