Tim Curtis ERS International Director and I Anne-Eline Bourgoin ERS Business Development Coordinator travelled to Cape Town last week to attend the biggest African Mining Conference in South Africa: Mining Indaba. Mining Indaba has been so successful in the past 20 years, that last year Euromoney Institutional Investor PLC, a global media company, acquired the conference and took it to the next level making significant changes to the conference and its program. Tim and I were really excited to represent ERS was our first time at the International event.

During our time at the conference we had the chance to meet with numerous people thanks to the Mining Indaba Matchmaking program which allowed us to introduce our company and services to a series of exploration and mining companies but also a few mining services companies. It was also great to get an insight from every company’s representative on how they thought the market was going but also how they saw the future for them as a company. 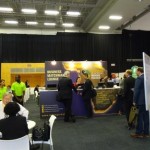 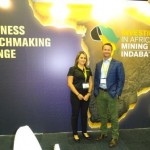 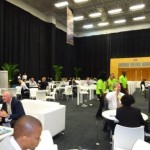 Tim and I took the time to navigate through the stands as well to say hi to current clients and introduce ourselves to the different companies that were there. We observed a lot of service companies compared to mining companies and observed that many sponsors were missing from the event. It didn’t stop us from keeping busy though. 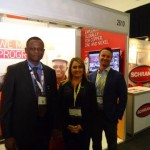 Didier Mwamba from MMG at the MMG stand

Executive Risk Solutions at Mining Indaba at the Exhibition Hall

Didier Mwamba from MMG at the MMG stand

Each day Mining Indaba also offered a number of presentations, some being discussions others more informative lectures. I have to say though that the highlight of the different seminars we attended was the one with Ex GB Prime Minister Tony Blair. Speaking to a few people prior to his presentation we could tell that everyone was very excited to listen to Mr. Blair so we made sure to be there half an hour early to make sure we got a seat. It didn’t take long for the room to fill up. Tony Blair‘s opinion about Africa was very optimistic compared to some of the presentations done by economists and other international organisations who were less confident. Mr. Blair believes Mining is vital for Africa even if at the moment the foreign investments tend to go into telecommunications and services. His recommendations for the continent were to improve the access to electricity, show more transparency especially in countering corruption, and have more predictability in the taxation system to facilitate investments. Mr. Blair ended his speech by addressing the fact that partnerships between governments and investors are the most important change that needs to happen for Africa to be successful. Not only was his presentation interesting but also very entertaining. Mr Tony Blair happens to be a very humorous man. All his points were also highlighted in more details in the different presentations we attended throughout the week. 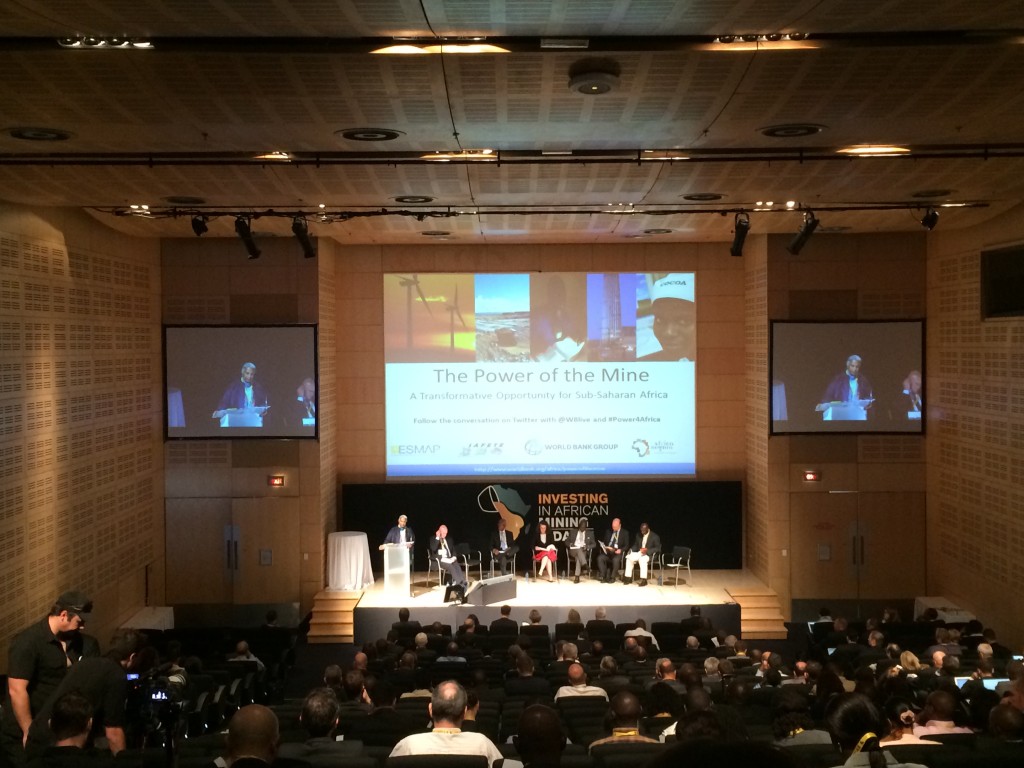 The future of mining in Africa seems to rely on a few different factors. The World Bank for example discussed the importance of Power in mining. Energy poverty is one of the barriers for the growth of mining in Africa. Power is required to make Africa successful. In 2020 the power demand in Africa is estimated to be 23 GW. If the African Government and the resources sector want to achieve long term projects with long term benefits, mining companies need to collaborate with independent power producers and energy providers to increase hydro production and mining demand.
Education was also stressed a few times as a key pillar for the growth of Africa and going back to the importance of power Energy is also very significant for the success and increase of education.
Lara Smith, the Managing Director of Core Consultants, in her presentation “The most important elements and where they are mined in Africa” (which was one of my favorite presentations) demonstrated the significant shift in Foreign Investments. It is unbelievable how the share of Foreign Direct Investment (FDI) in Africa has shifted from 14% in Technology and Media and 24% in Commodities in 2007 to 20% in Technology and Media and 5 % in commodities in 2013. Investors even if they are more confident, are being more selective nowadays. Why? Because contrary to China who currently has 44% of the world market share in producing minerals, Africa does not have as much support from the government, has higher cost of production and more government regulations. There is so much we could tell you about what we learned. Every piece of information whether we got it at a meeting or at a presentation was definitely enlightening and useful to understand the African mining world.
Tim was fortunate enough to be invited to the insurance Broking firm, Strathearn’ s cocktail party on the Sunday we arrived, fortunately he asked me to attend with him. Strathearn hired a space at the famous Café Caprice situated along the Camps Bay Beachfront overlooking the water. There we made some great connections from Africa, Europe and Australia from insurance brokers, lawyers, insurers, accountants to mining companies’ representatives. It was a great networking event and I’d like to thank John and Rachael from Strathearn again for their hospitality and the opportunity to connect. The good thing about meeting so many people is that we got invited to another cocktail party with Allianz on Tuesday night. Another great night of networking which allowed us to understand the world of insurance in Africa a little bit more.
After 5 long days of conference, meetings and networking events Tim and I had less than a day left to explore as much as we could of Cape Town. Victoria Wharf was our first destination. There we had an amazing degustation lunch at the Fish Market restaurant sampling traditional South African food. The waterfront has the best views on the ocean but also on the famous table mountain. We took the ferry to Robben Island where we were taken back where Nelson Mandela spent 18 of his 27 years in prison. The Island has so much history and beautiful landscape to offer that he has been classified as a UNESCO world heritage site. Our guide tour was an ex prisoner who shared his story with us which made the journey even more enjoyable and I have to say emotional. 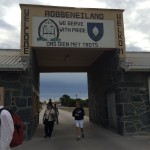 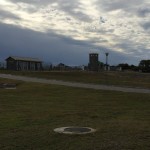 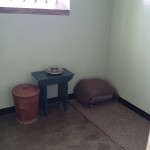 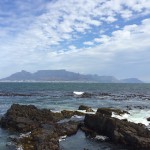 View of the Table Mountain from Robben Island

Overall Mining Indaba was a very productive and informative event for us. We not only brought back strong leads, but also significant knowledge on what is happening in the industry and in Africa. Not to mention the number of connections from all around the world we made. The chance to embrace the culture and learning about the country and the various communities’ history via the meetings, tours and networking was a great bonus and this is knowledge that we will definitely apply when doing business in Africa.
We also have to acknowledge the great work that Euromoney through Mining Indaba accomplished. The conference was well organised, the new features they introduced such as the Mining Indaba App were very innovative and the presentations were relevant to the everyone involved in the industry. However if we were to go back next year we would like to see more mining than service companies exhibiting and more people to go to the post conference networking events.

Mining Indaba is definitely where the world connects with African mining and ERS experienced it.