The awards ceremony was held last night at the Crown Perth (ironically one of ERS ‘s clients for Crisis management services) where all the finalists for the different categories came together to celebrate industry leadership and their contribution to the West Australian economy. 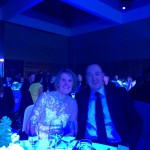 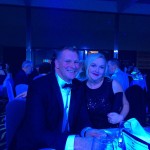 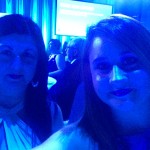 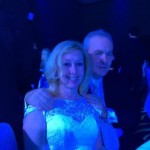 ERS last night was recognised for its authenticity, its strong financial stability and its innovative strategy. ERS has grown significantly in the past 3 years from a start-up business to a 20 Million dollar company. Its success is entirely due to its solid leadership, strong family values and culture, its approach to risk taking, its innovative solutions and last but not least its dedicated staff.

In his speech last night, Scott thanked his wife Fiona Houston for the tremendous support but also his employees on the field and in the office who have been building the company’s reputation with a dedicated client focus and superior service across all areas. He also thank Telstra for their continued support of business within WA and Australia, it is fantastic to have the support of such a great company like Telstra that make these awards possible.

“I would like to acknowledge my operational team that is deployed across various sites, these are the people who represent ERS to our clients on a day to day basis and this is where our reputation is made or broken. They do a fantastic job in some fairly remote and hostile environments and quite often they are the ones that everyone is turning to when things are going wrong. I’m extremely proud of the operational team that ERS has assembled and the way they have delivered a first rate service day after day without fail”.

ERS is delighted to share the news with the staff this morning and has been overwhelmed with media attention and congratulations from clients and connections. 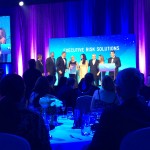 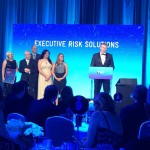 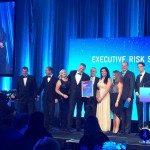 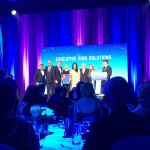 ERS were lucky to be given two significant cash prizes last night for the awards totalling $15,000. Already this morning these cash prizes have been donated to two WA organisations. Tour De Gracetown, a charity cycling event that raises money for childhood cancer research and medical facilities for children has been given $5000, and a second donation of $10,000 has been given to the Special Air Service Regiment (SAS) Resource Trust. This is an organisation that supports the children who have lost fathers in service with the SAS.

This is another great achievement for Scott and the team. Last year ERS was the overall winner of the Business News Rising Stars awards. The success and recognition that ERS receives every year just shows that the company is trusted for its services and on this basis ERS is looking forward to a bright future.

Scott will be representing the company again in Sydney on the 20th of August, this time for the National Telstra Business Award. Make sure you follow us on LinkedIn and Twitter to get the latest update.

Read and watch more on ERS at the Telstra Awards:

If you have any enquiries about ERS please do not hesitate to contact us on 08 6109 0115 or info@executiverisksolutions.com.au