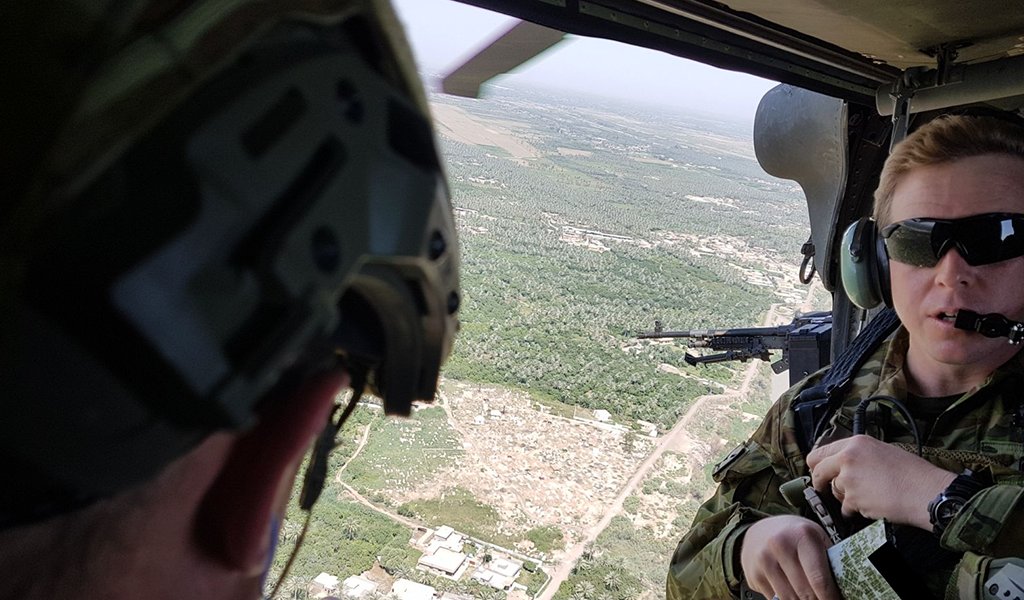 With 15 years experience in the Australian Defence Force, six of which were spent as an Intelligence Officer, Ned is an exceptionally talented individual with a unique skill-set. In 2021, Ned was headhunted to lead the Executive Risk Solutions Intelligence division. A role that entails many layers of complexity and manages high-risk scenarios for clients across the globe.

As the world continues to change at an ever increasing pace, the need for specialised intelligence to ensure a safe and secure environment is paramount. We explore the career journey of Ned Robinson and his move from the military to the private sector with Executive Risk Solutions.

Ned graduated from the Australian Defence Force Academy as the recipient of the Commandant’s Half Colours, and went on to graduate from the Royal Military College Duntroon in 2009. Straight out of college, he accepted an Infantry Officer role and embarked on a fruitful, six year journey with The Royal Australian Regiment.

Over the next several years, his leadership, planning and management skills were put to the test with an operational deployment in Afghanistan. A trying but eye-opening time that taught Ned insights and skill-sets you could never otherwise learn. Throughout his time as an Infantry Officer, Ned managed the planning and execution of operations that involved hundreds of people and extensive assets in remote, challenging locations. Through this practical experience, Ned learnt exactly what those “on the ground” need from an intelligence perspective.

In 2015, seeking to diversify his skill-sets, Ned completed further education to qualify as an Intelligence Officer. He later went on to be selected for a highly specialised Intelligence Officer role assigned to the Special Air Service (SAS) Regiment. From 2018-2020 he was deployed to Iraq, Africa and Jordan to manage intelligence across multiple high-risk scenarios. To cap off this busy period, Ned and his wife Brittanie welcomed their son into the world. Male names do not fall far from the tree in the Robinson household… Ned’s son is called Ted, and his father is called Ed.

Ned is adept at streamlining an organisation’s intelligence processes to ensure decision-makers are armed with clarity. He’s worked extensively with government agencies, Special Forces and he now brings his wealth of knowledge to Executive Risk Solutions to help make the world just that little bit safer.

“This year, I look to bring my approach of being professional yet relaxed. I like to work in professional teams that complete work to a high standard – but there’s no reason we shouldn’t have a great time doing it!”

We took time to speak with Wayne Weeks, General Manager of Operations and this is what he had to say:

“I have been fortunate to work with Ned in my previous military life. Ned was noted for his quiet professionalism, amazing work ethic and outstanding quality of product. Ned also has excellent leadership traits, most notably that of being a great listener.

So it was an amazing opportunity that ERS jumped at when Ned’s resume, fortunately, came our way. Ned has integrated seamlessly into the ERS team and has been demonstrating his worth from the start. It is an absolute pleasure to have him on board.