Executive Risk Solutions (ERS) has once again been recognised for its professionalism and has been nominated in 3 awards categories this month. 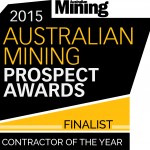 ERS has been nominated as a finalist in the Contractor of the Year at the 2015 Prospect Mining Awards. These awards recognise the major players in the mining industry who are making a difference.

ERS differentiates itself from its competitors by offering high quality personnel and tailoring solutions to the operational needs of our clients to enable them to focus on what matters most – their core business.

The awards ceremony will take place on Friday 30 th October in Sydney  where the winner will be announced. 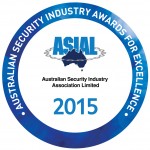 ERS has also been nominated as a finalist for the ASIAL Awards For Excellence in the following categories:

The ASIAL Awards recognise the outstanding achievements of security professionals from across Australia.

Daniel Wright who has been nominated for In House Security Manager, is ERS’ Security Manager and leads a portfolio of 11 clients. Daniel’s philosophy is to always go above and beyond for the client. He has contributed to ERS’ reputation of over delivering on services without variation to contract, and he is valued by his clients for the holistic approach he brings to security services. Daniel is a leader by example and is well respected by his staff for his attention to their personal well being and their professional development to allow them to achieve their full potential.

The ASIAL award winners will be announced on the 22nd October 2015 at a special dinner to be held at the Westin Hotel, Sydney.

Good luck to Daniel and the team at ERS, and make sure you follow us on LinkedIn, Twitter and Google + to have our latest news!

For more information on Executive Risk Solutions contact us at info@executiverisksolutions.com.au.